Search in the site

Tonight the Rally of Italy-Sardinia is launched 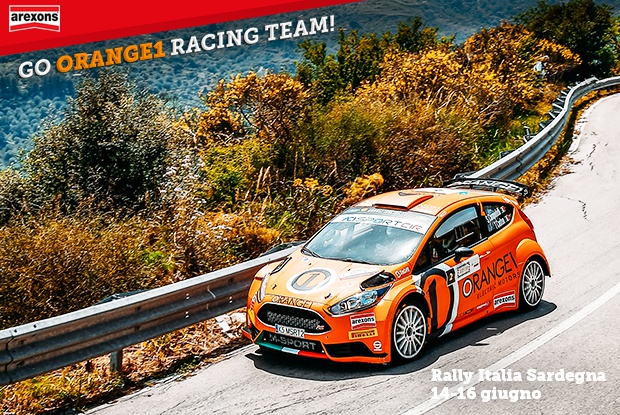 Tonight the Italian Rally of Sardinia is taking place, the seventh round of the World Rally Championship which for the sixteenth time sees the magnificent dirt roads of the Sardinian island acting as a theater of action for the big top rally driver.
The beautiful island race is also the fourth chapter of the Tricolor Rally which sees the Winged Panthers of Orange1 Racing, Simone Campedelli and Tania Canton, in the lead of the general classification after the extraordinary victory at the Targa Florio and the two second places at Ciocco and Sanremo.

An exceptional roadmap, that of the two Pantere Alate, who really started the season in a big way with the Ford Fiesta R5 officially deployed in the Italian M-Sport Championship and with the direct technical support of Pirelli. The Rally of Italy-Sardinia, for Tricolore members, is particularly important because it is divided into two races, each with a coefficient of 0.75, so it can really bring so many points into the box. The first race includes the special scheduled for the evening of Thursday 13 at the Ittiri Arena - 2 kilometers of pure adrenaline and spectacle in a crowded setting - plus the eight tests that make up the day on Friday 14 and among which the splendid piesse di Castelsardo and the very classic Tergu-Osilo. The second 'race in the race' instead includes the 6 specials on Saturday 15 - with the legendary Monte Lerno and Monti di Alà, each exceeding 28 kilometers in length and the final four races on Sunday, when the arrival of competitors in Alghero.
<< We have only one profitable series of tests with Pirelli - begins Simone Campedelli - to try the ground covers that I personally didn't know yet. I found them really powerful and I'm sure they will help us a lot in the struggle to stay on top. >>
Special news on the car, the M-Sport Ford Fiesta R5?
<< As usual - continues the Winged Pantera of Orange1 Racing - Maciej Woda and all the M-Sport have made the maximum effort to give us the best material and the same will do in the race for what concerns the assistance. Especially in a world-wide context, like here in Sardinia, the enormous experience and the great know-how of this team that wrote pages of rally history will come out. >>
Two words, to finish, on the race, both at the level of the course and of the strategy.
<< The path of Sardinia is magnificent and in the past, with the Fiesta, I took great satisfaction. Even if I haven't been racing for a long time and it's the first race on the ground of the season I'm in a thousand. I can't wait to get started! In a context, then, where there is all the cream of rallying. And right here you have to be careful not to fall into the temptation to look at the performances of Wrc2 and Wrc2 Pro World Championships: this is not our task, we must look at the Italian Championship! Then, if the performances are comforting, then we will have the confirmation of having worked well! >>
The Tricolore classifications
Drivers: 1. Campedelli 39 points; 2. Low 33; 3. Lipsticks 30; 4. Breen 23; 5. Crugnola 16
Builders: 1. Ford 36 points; 2. Citroen 28
The calendar
22-23 March Rally Il Ciocco (asphalt);
12-14 April Rally of Sanremo (asphalt);
9-12 May Targa Florio (asphalt);
14-16 June Rally Italy-Sardinia (land *);
19-21 July Rome Rally (asphalt);
30-31 August Rally Friuli (asphalt);
10-12 October Rally Due Valli (asphalt);
November 22-24 Tuscan Rewind (earth **)
* two tenders with a coefficient of 0.75 each
** coefficient 1.5

Search in the site